Our annual play festival  brings bold emerging and mid-career playwrights together. We are dedicated to giving each writer the time, space and resources to create and experiment and hear their work out loud.

Recent writers have included: Jessica Hagedorn, Ashlin Halfnight, Chisa Hutchinson, Barbara Hammond, Lauren Yee, Clare Barron,  Mfoniso Udofia & many, many more. It's an exciting opportunity for writers to work, for us to get to know them and for our audience to experience the work of writers we love. 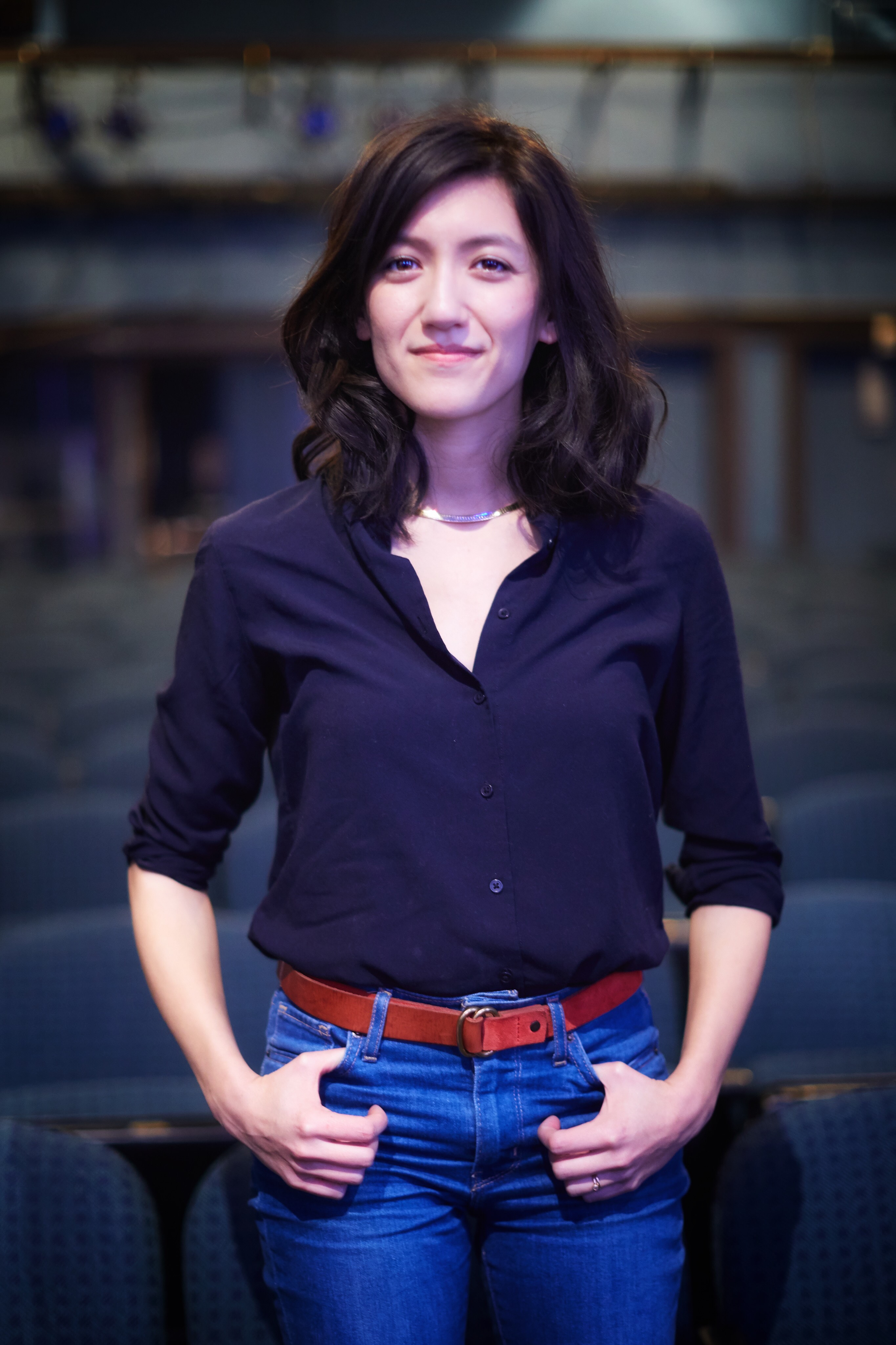 Anna Moench is an award-winning playwright and screenwriter. Her plays include MOTHERS (Playwrights Realm 2019), MAN OF GOD (East West Players 2019, InterAct 2020), BIRDS OF NORTH AMERICA (BETC 2017, ThrownStone 2019, Theatre With A View 2019), and SIN EATERS (Local Theater Co. 2020). She is currently the 2019/2020 Page One Playwright in Residence at The Playwrights Realm and has received fellowships from the New York Foundation of the Arts, the Jerome Foundation, and the Van Lier Foundation, and her awards include the Paul Stephen Lim Playwriting Award from the Kennedy Center, Boulder Ensemble Theater Company’s  Generations Award, and East West Players’ 2042: See Change Award. She is an alum of UCSD’s Playwriting MFA  program, the Emerging Writers Group at The Public, Youngblood at EST, and the Jam at New Georges. Anna is a staff writer on SEVERANCE (Apple TV) and the recipient of a Gerbode Special Award in the Arts commission for a new play that will be produced at Magic Theater in 2022.
‍
‍

When their master plan goes awry, Randi and Remus’s fantasy of retaliation crumbles into disturbing revelations. As the buzzer sends us further back in time, whimsy quickly gives way to complicity. Doublethink asks which abuses we refuse to allow and which we refuse to correct. Oh, and there’s a platypus. 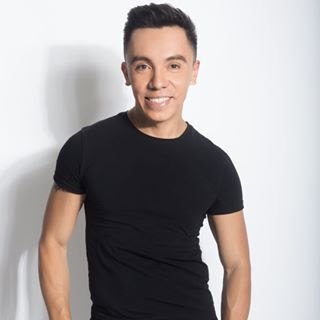 César Enríquez is an actor, playwright, director, producer and teacher. His work, considered to be one of the major influencing forces in Mexican cabaret theatre, reimagines the traditions of the Mexican Tent theater; speaking with a powerful dissident voice, it employs political satire, gender bending, improvisation, music and dance. La Pretty Guoman has toured throughout Mexico, and has been seen in many renowned festivals such as El Festival Iberoamericano de Cádiz, in Spain, El Festival de Teatro de Donostia in San Sebastián, and the Festival Latino de Chicago. It has also been presented in New York where it took residence at the The Lark Institute as part of the 2019 Playwright Exchange program. Por jodidos y hocicones mataron a los actor was voted  Best Cabaret production for 2019  by the Asociacion de Críticos de Periodistas de Teatro. This year he also created Las Hijas del Aztlán for the Teatro Penitenciario which was recognized as one of the best of year by la Muestra Nacional de Teatro. His new play FIERCE/FIERA, premiered in November to rave reviews. It deals with HIV, past and present, and the power of forgiveness. César graduated from El Foro Teatro Contemporáneo de Ludwik Margules and has been a three time Scholar of FONCA in the category of Scenic Creator. He also spent three happy years as in Bansai and Scar in Julie Taymor’s production of THE LION KING.

This workshop of LA PRIETTY GUOMAN is supported by The Lark in collaboration with Fondo Nacional para la Cultura y las Artes (México’s National Fund for Culture and Arts), as part of The Lark's México/U.S. Playwright Exchange program.

EVERYTHING BEAUTIFUL HAPPENS AT NIGHT by TED MALAWER
‍
Thursday, 12/12 at 7:00pm 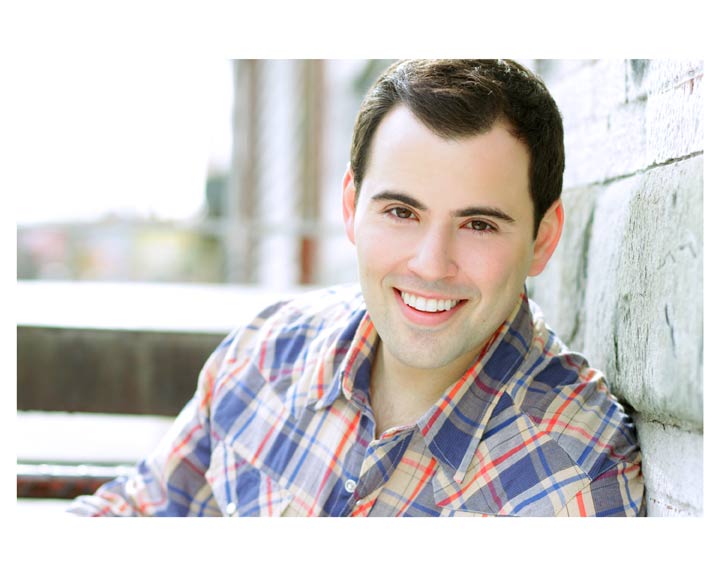 Ted Malawer is a recent graduate of the Juilliard Playwriting Program. He has received Lincoln Center's Lecomte du Nouy Prize and The Kennedy Center's   Blanche and Irving Laurie Award, and his theatrical work has been developed and commissioned by T Magazine / The New York Times, The Public, NYTW,  Atlantic  Theater Company, MCC, and others. Ted is a Supervising Producer on Ryan Murphy and Sharr White’s   upcoming Simply Halston series for Netflix, and other TV  credits include   shows for Hulu, Showtime, NBC, Freeform and Disney+, where he   developed an original pilot. Ted has also written several novels, including   the Mystic  City series for Penguin Random House. A former opera   singer, Ted is a Presidential Scholar in the Arts, a graduate of The   Juilliard School-Columbia University  Exchange Program, and received his Masters from Fordham University. He is currently adapting the novel Red, White & Royal Blue into a film for Amazon and writing an original musical with Kate Nash and Andy Blankenbuehler.

EVERYTHING BEAUTIFUL HAPPENS AT NIGHT
Chipmunk and Squirrel are friends...or maybe more? Ezra, a beloved children's author, takes his characters in an unprecedented direction in defiance of his longtime editor and friend.Everything Beautiful Happens at Night evokes the lure of storytelling in worlds both fictional and real to examine friendship, desire, and regret. 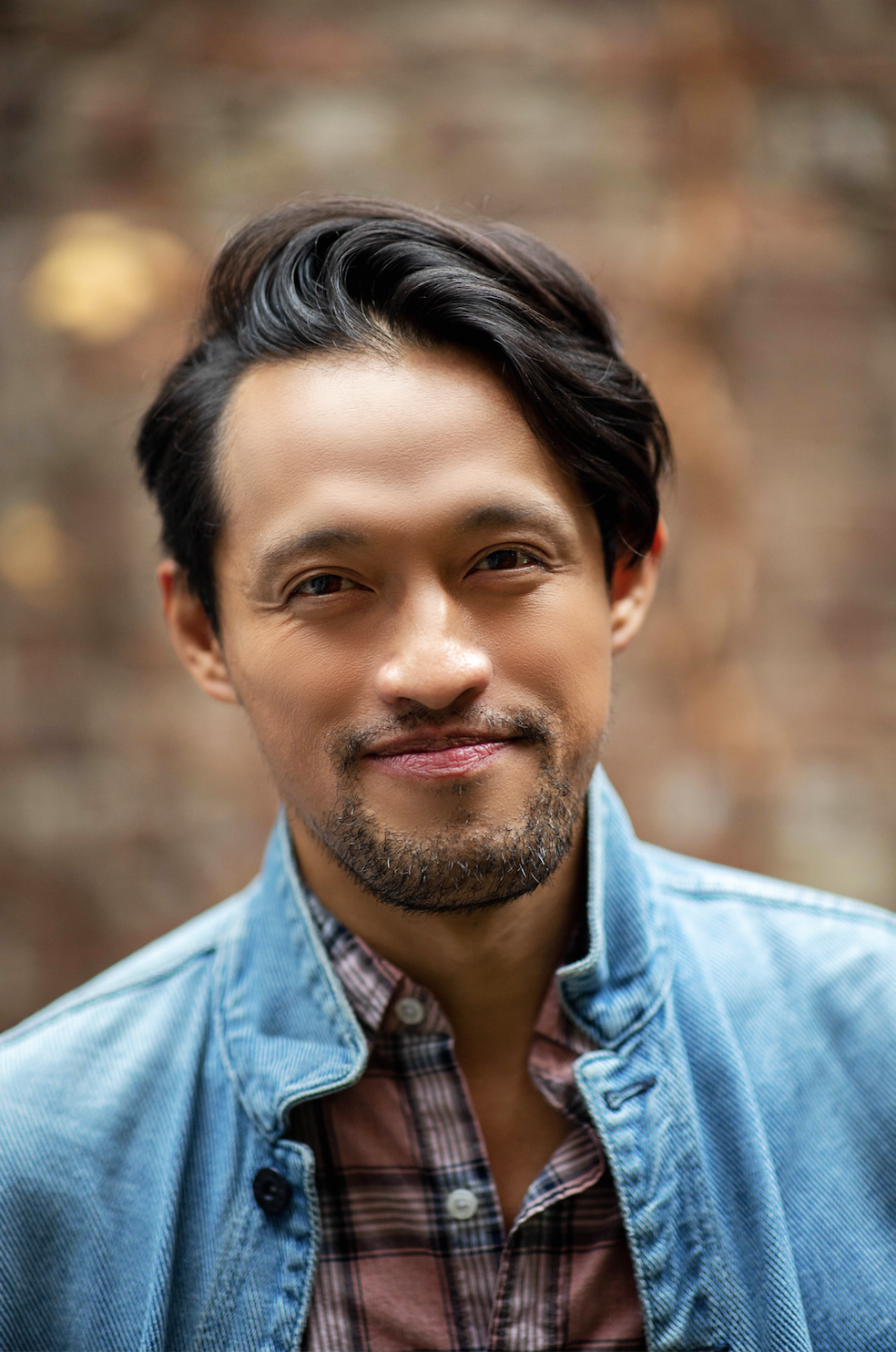 Vichet is a Cambodian-American playwright and theater maker, originally from Dallas, Texas   and currently dreaming and scheming in New York City. His plays have been workshopped at   Steppenwolf Theatre, the Alley Theater, the UCROSS Foundation, Space on Ryder Farm, New   Dramatists, Fault Line Theatre, Crowded Outlet, Second Generation Productions, Crowded   Outlet, Weston Playhouse, Cleveland Public Theatre, All For One Theater, Amios, Florida State   University, Merrimack Repertory Theatre and the New Harmony Project. In 2018, his one-man   show KNYUM at Merrimack Repertory Theatre received a special state citation from the  Massachusetts House of Representatives for “…contributions in raising social awareness and  bringing to the forefront the complexity and the beauty of the Cambodian culture.” He received the 2018-19 Princess Grace Award in Playwriting with New Dramatists. He serves as an  Associate Artist at Merrimack Repertory Theatre and is a board member for the New Harmony  Project. This season, Vichet is a part of the Resident Working Farm Group at Space on Ryder   Farm and is working on commissions for Audible Theater and Cleveland Play House through the   Roe Green Fund for New American Plays. In January 2020, his play High School Play: A Nostalgia   Fest will be workshopped at the Alley Theatre’s All New Festival, and in the 2020-21 season, his   play Bald Sisters will have its world premiere at Steppenwolf Theatre. He is a proud graduate of the University of Evansville (BFA) and Brown University/Trinity Repertory Company (MFA). Vichet is represented by Beth Blickers at APA. vichetchum.com
‍

GO
Ancient Khmer dance unites this Cambodian-American family across generations. But old tensions re-emerge when an estranged family member and a non-binary grandchild threaten to upend the on and offstage roles of their family as they prepare for an upcoming performance. Go pushes us to question the dissonance between the expectations placed upon us and our own internal rhythms. 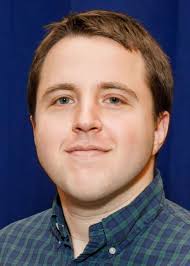 A PRAYER FOR THE FRENCH REPUBLIC
Moving fluidly within the past and present of five generations of the Benhamou family, Prayer for the French Republic illustrates the history of trauma and prejudice embedded within the Jewish identity. What does home look like in a world that hates? When will we admit that we, as a global society, have not come nearly as far as we thought?

Commissioned by The Manhattan Theatre Club

Joshua Harmon’s plays include BAD JEWS (Roundabout Underground; Roundabout/Laura Pels; West End), SIGNIFICANT OTHER (Roundabout; Broadway/Booth Theatre), ADMISSIONS (Lincoln Center Theater; West End), and SKINTIGHT (Roundabout). His plays have been produced across the country including at The Magic, Geffen Playhouse, Studio Theatre, Theater Wit, Speakeasy, and Actor's Express, and internationally in Australia, Canada, Germany, Ireland, Israel, Poland, Russia, South Africa, Sweden, and throughout the U.K. He is a two-time MacDowell Colony Fellow and under commission at Manhattan Theatre Club and Roundabout, where he is an Associate Artist. Education: Juilliard. 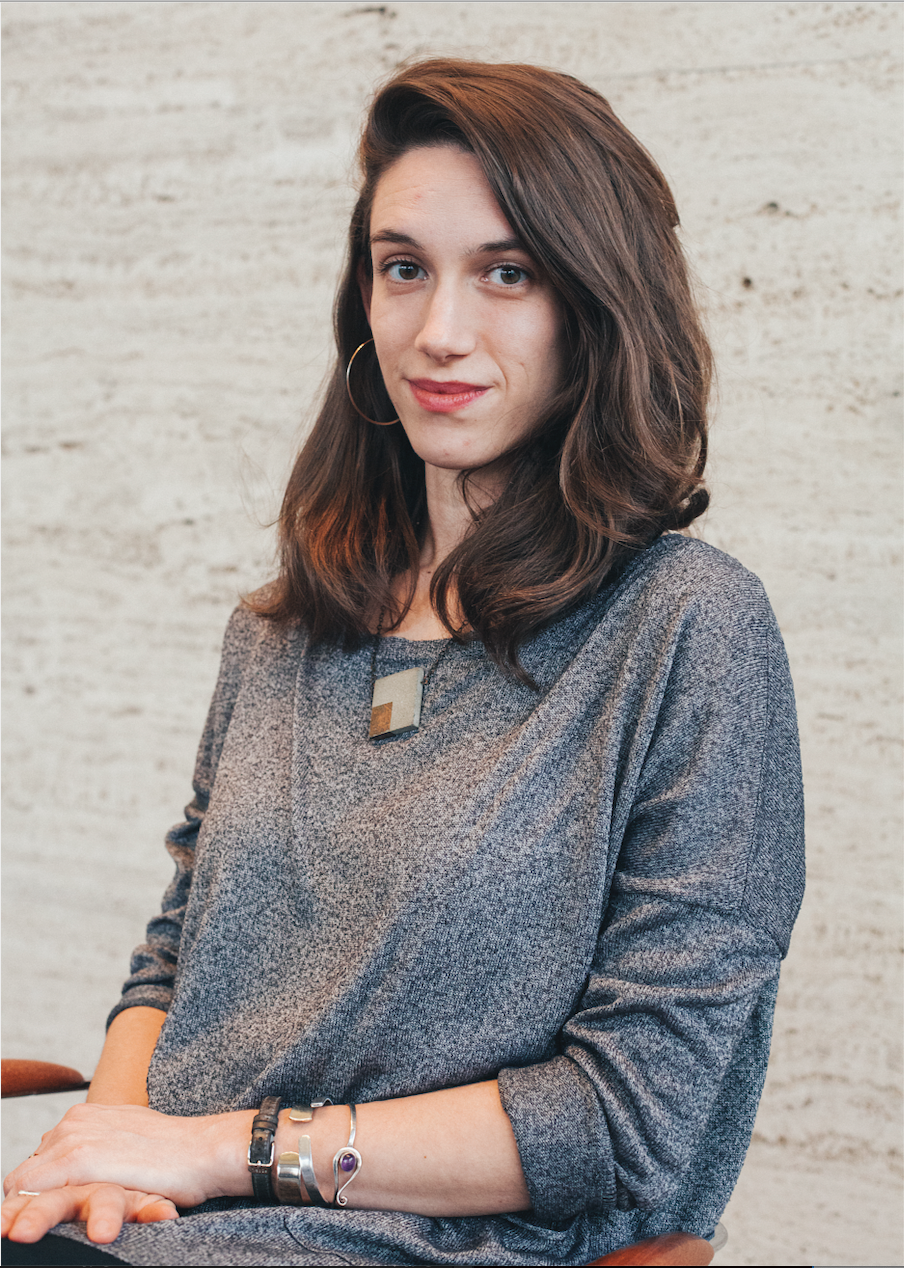 Miranda Rose Hall is a playwright from Baltimore, MD. Her plays include Plot Points in Our Sexual Development (LCT3/Lincoln Center Theater, finalist for the 2019 Lambda Literary Award in Drama), The Hour of Great Mercy (Diversionary Theater), and Bulgaria! Revolt! (upcoming Single Carrot Theatre). She has developed her work with theaters around the country, and is currently under commission from LCT3/Lincoln Center Theater, Yale Repertory Theater, and Trinity Repertory Company. She is a founding member of LubDub Theatre, a New York-based physical theater company, and she has taught at Georgetown and Wesleyan Universities. BA: Georgetown University, MFA: Yale School of Drama.

THE KIND ONES
Nellie is a solitary farmer whose hopes for anonymity are thwarted when a stranger arrives with an unnerving proposition. This Montana-gothic macabre comedy, rooted at the intersection of justice, greed, and blood, confronts the nature of necessary evils and unlikely bonds. Send in the pigs.

Subscribers are granted Exclusive Access to All Festival Readings!