Virtual Tickets for Don't Eat the Mangos are no longer available. If you purchased tickets and are unsatisfied with your order, or experienced technical difficulties in watching, please contact our Box Office directly at boxoffice@magictheatre.org.

Join us for a Virtual Talkback with playwright Ricardo Pérez González, director David Mendizábal and more!
Tuesday, May 12th at 6:00pm (PST)
contact boxoffice@magictheatre.org for details. 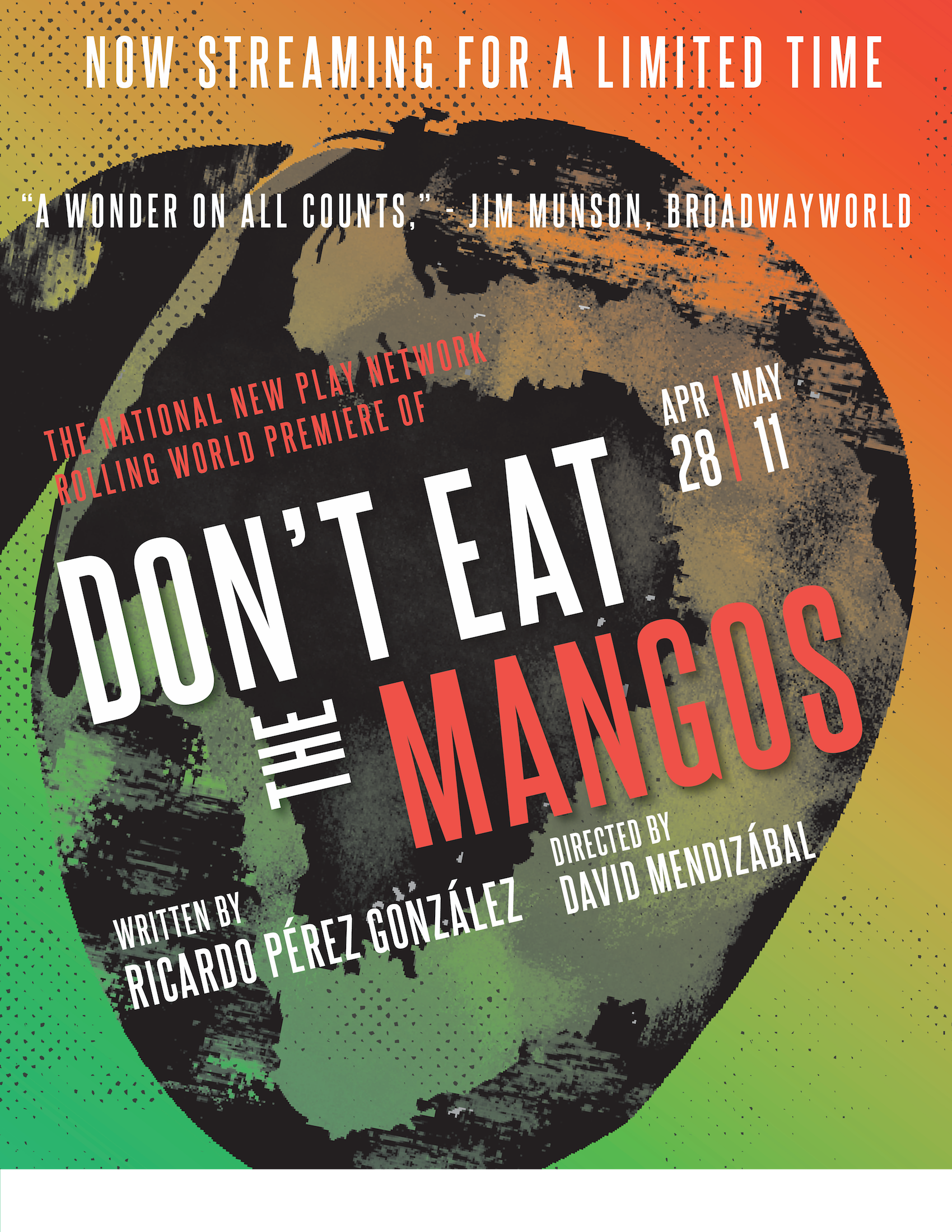 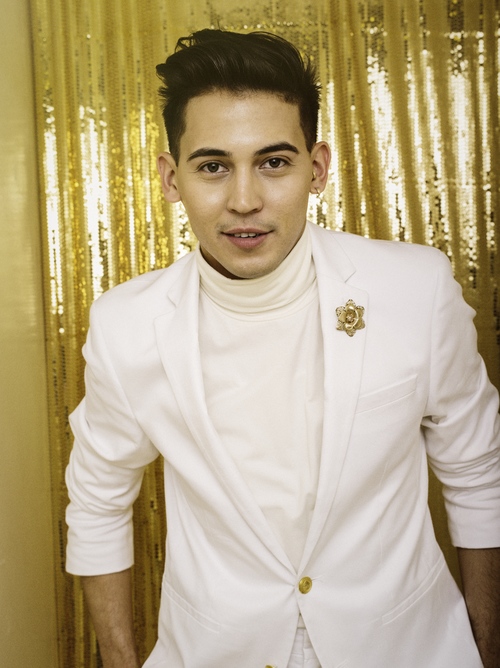 David (daveed) Mendizábal is an NYC based director, designer, one of the Producing Artistic Leaders of the Obie Award winning The Movement Theatre Company, and Associate Artistic Director of The Sol Project. David attended New York University's Tisch School of the Arts at Playwrights Horizon's Theater School and has directed and developed work with companies including Atlantic Theater Company, The Public Theater, Cherry Lane, INTAR, Sundance Theater Lab, Rattlestick Playwrights' Theater, LAByrinth Theater Company, American Conservatory Theatre, The Playwrights' Center, Brooklyn Arts Exchange, and The Drama League. David was a participant in the Leadership U: One-on-One program, funded by The Andrew W. Mellon Foundation and administered by Theatre Communications Group, where he served as the Artistic Associate for the Atlantic Theater Company from 2017 - 2018. He is a member of the Latinx Theatre Commons Steering Committee. He is a member of the 2017 artEquity Facilitator Training cohort. Alumnus of The Drama League Director's Project, LAByrinth Intensive Ensemble, NALAC Leadership Institute, and Lincoln Center Theater Directors Lab. He is the co-creator of el GALLO with designer Darrin George, has designed costumes for Bebe Zahara Benet (Season 1 Winner of RuPaul's Drag Race), and was the Assistant Costume Designer for the Tony winning Peter and the Starcatcher and
‍HAIR Broadway Revival. 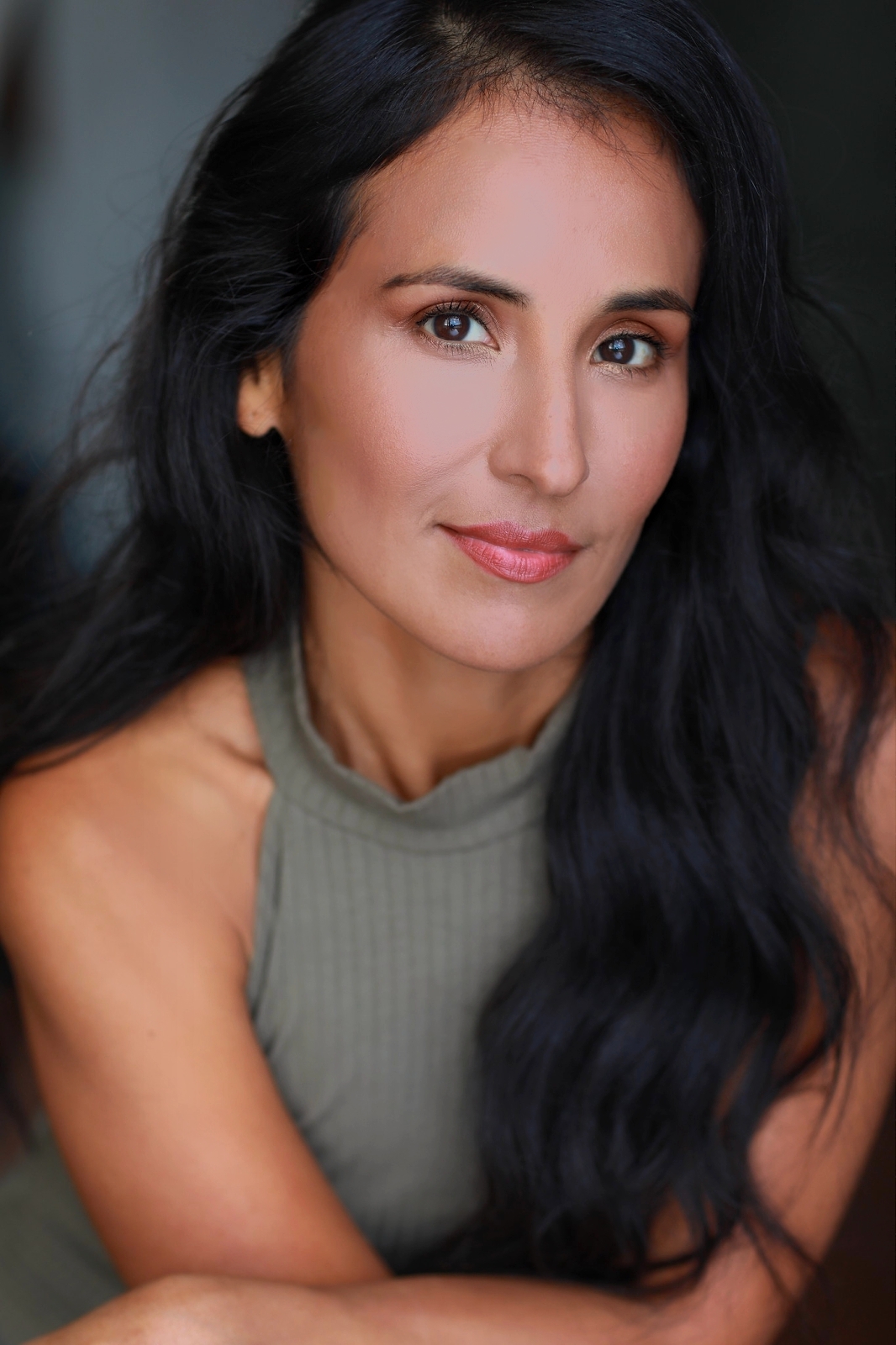 is absolutely thrilled to make her Magic Theatre debut as “Yinoelle!” A native New Yorker and hardcore salsera, she grew up surrounded by Puerto Rican culture, music, and friends/family. She credits much of her love of salsa to growing up listening to Nuyorican/Puerto Rican soneros at family parties. Elena’s theatrical credits include: TBA Awards-Recommended production of Ageless atQuantum Dragon Theatre as “Olivia;” "Carla" in Custom Made Theatre’s In the Heights; and "Veronica" in The Motherfucker with the Hat. She was also involved in promoting Spanish-language theatre by playing “Conchita”in La Lengua Teatro en Español’s inaugural production of a staged reading of Anaen el Trópico. Elena has also starred in two feature films, numerous short films, and commercials. Elena studies dance and has performed/taught internationally as a salsa dancer/instructor. Passionate about languages and traveling, Elena speaks Spanish, Portuguese, French, basic MandarinChinese, and is just beginning German. She will also learn her nativeQuechua and would love to work in each of the languages she speaks. She studies at Beverly Hills Playhouse/SF. 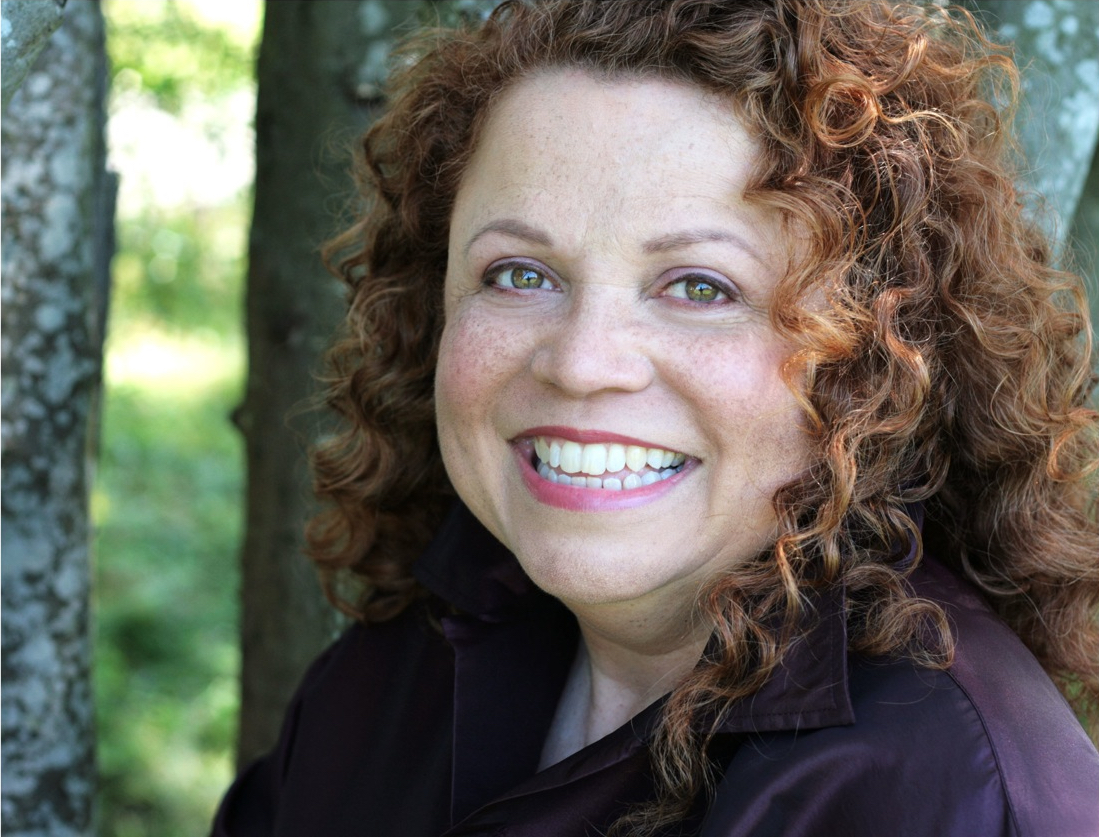 is happy to be back at the Magic where she last appeared in This Golden State PartOne: Delano and Bruja both by LuisAlfaro.  Recently she appeared in Ruben Grijalva’s AnnaConsiders Mars at Playground and in Tony Kushner’s MotherCourage and Her Children at Ubuntu Theater.  Acting credits includes, Little Erik at Aurora Theater, A Streetcar NamedDesire and Tanya Saracho’s The Tenth Muse both at theOregon Shakespeare Festival,  Luis Alfaro’s Electricidad at the Mark Taper Forum and Jose Cruz Gonzalez’s September Shoes at the Denver Center Theatre Company, for which she received an award  for outstanding performance.  She has also appeared on the stages of the American Conservatory Theatre, Campo Santo, CaliforniaShakespeare Theatre, Thick Description, Marin Theatre Company, the Old Globe, and Dallas Theatre Center. She toured with El Teatro Campesino and the SanFrancisco MimeTroupe. Film and television credits include COCO, What Dreams May Come, 8MM, Underwraps, Jack, Radio Flyer, and Nash Bridges. Awards: Bay Area TheatreCritics Award, Los Angeles Drama-League Award, and Goodman Award for OutstandingPerformance.

Check out the Program 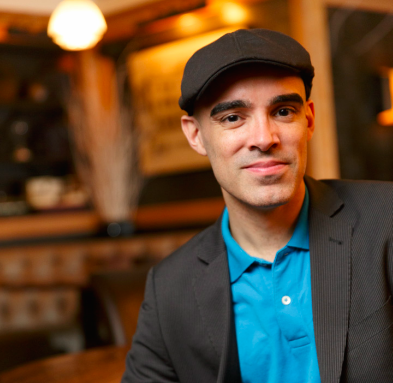 is a queer Puerto Rican writer with bacalao on his breath and Salsa on his hips, recently finished writing on the third season of Netflix’s Designated Survivor. After developing Don’t Eat the Mangos at Sundance, his play, On theGrounds of Belonging, about racially segregated gay bars in 1950s Houston, the first in a trilogy, premiered at Long Wharf fall of 2019. LongWharf has since commissioned him to write the second in the trilogy. He is also working on commissions for The Public Theater and Manhattan Theatre Club. Other upcoming projects include Orlando, a pilot with Nina Tassler about the Puerto Rican diaspora after Hurricane María. 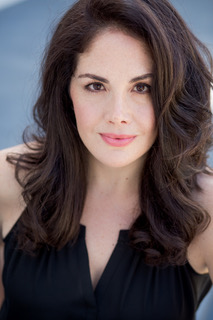 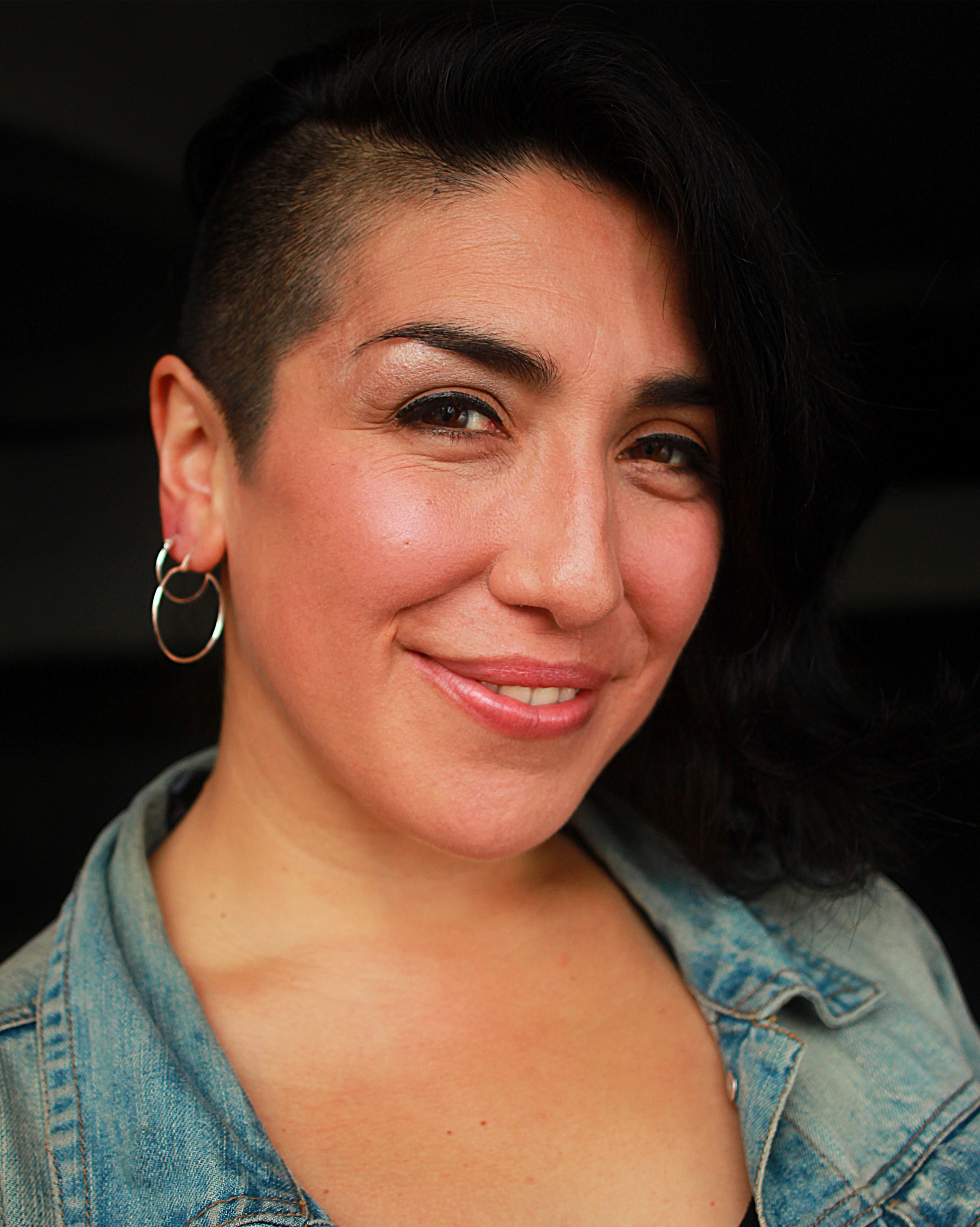 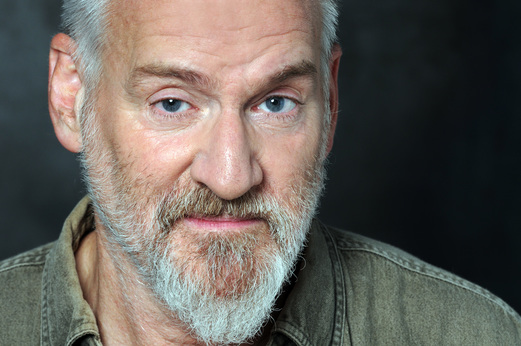 has lived and worked as an actor, director, and teacher in the San Francisco Bay Area since 1973. His widely-spaced appearances at Magic Theatre have included The WildGoose (1978), Jacques and His Master (1989) and TheAmerican in Me (2004). Julian was for many years an actor and director with the Berkeley Shakespeare Festival (now California ShakespeareTheatre) and has also appeared at ACT, Berkeley Rep, San Jose Rep, San JoseStage, and the Aurora Theatre among many others. He has taught Shakespeare and dramatic literature at UC Berkeley, San Jose State, Mills College, and elsewhere. Julian has appeared professionally in every play in the Shakespeare canon and was also a two-day winner on Jeopardy!