CLOSE ✕
Get in Touch
Thank you for your interest! Please fill out the form below if you would like to work together.

Thank you! Your submission has been received!

Oops! Something went wrong while submitting the form

The reviews are in for Fred’s Diner:

“Fred’s Diner is a kind of quirky joint … worth an outing.”“4.5 out of 5 stars – ‘Right on the Money’
-Clinton Stark, Stark Insider

On a busy UK motorway sits “Fred’s Diner,” a not-so-busy establishment with a secret beneath its cheerful veneer of 1950’s Americana. English playwright Penelope Skinner serves up a subtly plotted, blackly comic thriller that examines the darker reaches of class and sovereignty.

“Award-winning playwright Penelope Skinner’s new play Fred’s Diner is stylish and great fun – Skinner’s verbal adroitness is always joyful, and the production sets off at a tremendous pace on a wave of well deserved laughs.”

Penelope Skinner won both of the UK’s most promising playwriting prizes in 2011 for her play “The Village Bike” which premiered at London’s Royal Court Theatre and made its American debut at MCC Theater in 2014 in a critically-acclaimed production starring Greta Gerwig and directed by Sam Gold. Her other plays include “Fred’s Diner” (Chichester Festival Theatre), “Eigengrau” (Bush Theatre), and “Fucked” (Old Red Lion). She has written films for directors Kevin MacDonald and Susanne Bier and was a writer for several seasons on Channel 4’s “Fresh Meat.” Her newest two plays will premiere over the next year in London and New York.

Jessi Campbell (Chloe) is very happy to be returning to the Magic and so grateful to be working with her dear longtime friend again. Jessi has worked in theater, film, and TV in NYC and San Francisco. Last season at the Magic Theatre, she played Lilly in Sister Play, Beth in A Lie Of The Mind, and Dee in And I And Silence. Other favorite acting credits include: Blackbird (American Conservatory Theater), Speed-the-Plow (American Conservatory Theater), Inky (Women’s Project), Victoria Martin: Math Team Queen (Women’s Project), Commedia Dell Smartass (Ohio Theatre) and Lascivious Something (Cherry Lane Theater). She received her B.F.A. in Acting from The Theatre School at DePaul University. Member of AEA and SAG.

Katharine Chin (Melissa) is thrilled to be making her Magic Theatre debut with Fred’s Diner! Favorite past roles include: Girl (Hot L Baltimore), Irina (Three Sisters), and Yoonji (Hookman). Katharine studied theatre at University of California, San Diego and Steppenwolf West and was a founding member of Hungry River Theatre Co., an experimental theatre company based in the upper Mojave desert. She is a proud ensemble member of the San Francisco Neo-Futurists and appears regularly in their ongoing, ever-changing show, Too Much Light Makes the Baby Go Blind.

Nick Day (Greg) Bio: Professional debut! Nick is a proud recent graduate of Northwestern University, where his favorite credits included The History Boys (Scripps) Sweeney Todd (Sweeney), and My Fair Lady (Henry Higgins). A native of Minneapolis, MN, Nick now lives in New York City, working as an actor and playwright. Thanks to Mom, Dad, Ibby, and Laura—and to everyone at Magic, for this incredible opportunity.

Terry Lamb* (Sunny) performed previously at the Magic Theatre in Jon Robin Baitz’sThe Film Society, Wally Shawn’s Aunt Dan and Lemon, Sam Shepard’s Angel City, and Hugh Whitemore’s Breaking the Code. He has recently acted with Golden Thread Productions (Urge for Going, Language Rooms,Night Over Erzinga, and The Deep Cut), Central Works Ensemble (Penelope’s Odysseyand Bird in the Hand), Shotgun Players (Bullrusher), TheatreFirst (Nathan the Wise, A Map of the World, and The Colour of Justice), and Phoenix Theatre (Assorted Domestic Emergencies). Other area theaters he has worked with include Aurora, Marin, New Conservatory, TheatreWorks, San Jose Stage, Pirandello Project, Chamber, Shakespeare Santa Cruz, Stage Left, Geoffrey Chaucer, and San Francisco Mime Troupe. Terry is also a film/video producer and has a series of short films online called Encounters on Earth, which showcase the work of local actors and writers. His short films that have been screened in film festivals include “Burial Cycles,” “Laura of My Dreams,” “American Soil,” and “NAME.”

Donald Sage Mackay* (Fred) is thrilled to return to the Magic having played “Ian” in Loretta Greco’s west coast premiere of Sharr White’s The Other Place in 2012. Born and raised in Walnut Creek, he received an MFA in Acting from UCSD/La Jolla and currently works out of Los Angeles and New York. Most recently he appeared Off-Broadway at the Signature Theatre, Actors Theatre of Louisville and back to back seasons at La Jolla Playhouse. In 2016 Don travels to Ireland playing “James Tyrone” in A Moon For The Misbegotten at Theatre Royal/Waterford and Lyric Theatre/Belfast before touring the production back to NY with the Irish cast. Other theatres: Cleveland Playhouse, Old Globe, Mark Taper Forum/Ahmanson, Shakespeare Festivals in Utah (five seasons), Idaho and Lake Tahoe, Milwaukee Rep, San Jose Rep, and A Noise Within (Los Angeles Drama Critics Circle Award/Lead Actor). Film/TV: Guest Stars onElementary, Blue Bloods, Law & Order: SVU, The Good Wife, Mad Men, House, Weeds, NCIS, Criminal Minds, The West Wing, Frasier, ER, feature film Transformers 2, recurring roles on Scrubs, The Practice, Providence. AEA*SAG/AFTRA.

Julia McNeal* (Heather) Is happy to be back onstage at the Magic where she was last seen in A Lie of the Mind. An award-winning actress, she appeared in numerous theater and film productions in New York and Los Angeles before making the Bay Area her home. Local credits include: Aurora Theatre (Gidion’s Knot), SF Playhouse (Roulette), Marin Theatre Company (Visions of Kerouac), Porchlight (Three Sisters), TheatreFirst (Old Times), Center Reperatory Company (Summer and Smoke), Pacific Alliance Theatre (A Streetcar Named Desire), Actors Theatre of SF (Who’s Afraid of Virginia Woolf?), First Person Singular (various), PlayGround (Company member). Film and TV credits include: Hal Hartley’s The Unbelievable Truth; Flesh and Bone; Law and Order. Julia is a Guest Artist in the CTE conservatory program at Tam High and teaches a distinct technique for Playing Multiple Characters at The Marsh theatre and privately. Thanks: Tom Knight, Annie Stuart, and Dad. www.juliamcnealarts.com(AEA – SAG/AFTRA) 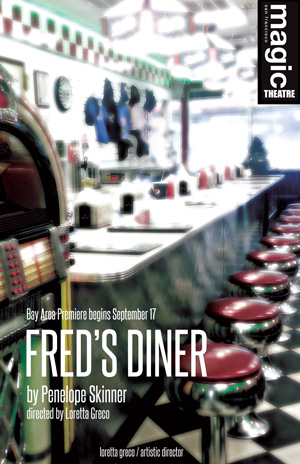